Restraints of trade the ultimate guide

What is a restraint of trade?

Restraint of trade clauses can be categorised into:1. Non-compete clauses. 2. Non-solicitation clauses. 3. Trade secret / confidential information clauses.Restraints of trade are relevant at all stages of the business lifecycle, including when1. Employing people or engaging contractors. 2. Buying or selling a business or shares in a private company. 3. Starting a business with others. 4. Entering or exiting a franchise system.To be enforceable, a restraint must protect legitimate interests such as goodwill, trade secrets or confidential information. Restraints against mere competition are not enforceable

Employees may be employed on:

Non-compete clauses usually seek to prohibit a person from being involved in a competing business. In employment agreements, non-compete restraints are usually only enforceable against senior employees in possession of confidential information or trade secrets.

To be enforceable, the restrained person must be in a position to gain trust and confidence so as to be relied on in a client’s affairs and there must be a possibility that the person  may take the client’s business with them. The likelihood of successfully enforcing a non-solicitation restraint against an employee increases with seniority and pay.

The overriding principle to keep in mind is that the restraint must be reasonably necessary to protect the other party’s legitimate interests.
There are three questions of reasonableness:

Severability and the Restraints of Trade Act 1976 (NSW)

Except in New South Wales, the starting point is that restraints of trade are presumed to be void. It is on the enforcing party to satisfy a court that a restraint goes no further than reasonably necessary.

Restraints are most commonly drafted in severable (or cascading) terms, which list a number of possible combinations of restraint areas, restraint periods and restrained activities. This allows a court to invoke the “blue pencil” rule, which allows the court to strike out the unenforceable parts of the restraint, and leave the enforceable parts standing. In New South Wales, restraints of trade are not presumed to be void. The Restraints of Trade Act 1976 (NSW) allows the Supreme Court of New South Wales to uphold a restraint to the extent it is reasonable, even if the clause is not drafted in severable (or cascading) terms.

Employee restraints, as the name suggests, are restraints in employment agreements. Employee restraints are less readily enforceable because there is usually an inequality of bargaining power between employers and employees, and most of the time the employee does not receive additional compensation for giving the restraint.

Section 23 of the Franchising Code of Conduct prevents restraints in franchise agreements having effect after the agreement expires if:

Held
1. The judge granted an interim injunction restraining the employee from starting employment with a competitor pending a final hearing because the protection afforded by non-solicitation and confidentiality provisions is unlikely to be perfect because it is often difficult to prove a breach. Although the employee had given back copies of customer lists and databases, such information would be retained in her memory and there was a risk she may inadvertently use that information for the benefit of her new employer and to the detriment of her former employer.

2. The judge observed that the non-compete may be enforceable, but the non-compete restraint may be read down to less than three years, and possibly less than 12 months. The judge further observed that while there may be questions about the reasonableness of a three-year restraint for the non-solicitation and no dealing restraint, 12 months may be reasonable

1. GBAR (Australia) Pty Ltd (GBAR) bought an asbestos removal business from Brown & Cremin Pty Ltd (B&C) for $2.454 million.
2. The business sale contract was in the form of the REIQ Contract Business Sale (Second Edition) with special conditions annexed
3. Mr Brown, who controlled B&C, was employed by GBAR from completion of the business sale
4. B&C owned 20% of GBAR
5. After B&C exited GBAR as shareholder and Mr Brown exited as an employee, Mr Brown set up a new competing company
6. The evidence revealed that Mr Brown had not solicited clients from GBAR, but they had left GBAR on their own accord

A three-year, Australia-wide non-compete clause included in a settlement agreement whereby B&C exited GBAR as shareholder and Mr Brown exited as an employee

1. The non-compete clause included in the REIQ Contract Business Sale (Second Edition) was not enforceable against B&C because existing customers returned to GBAR for Mr Brown’s experience and reputation and GBAR failed to restraint Mr Brown personally. Further, the non-compete clause could not be enforced directly against Mr Brown because he was not a party to the business sale contract

2. The enforceability of the restraints in the employment agreement were not determined by reference to the usual inequality of bargaining power between employer and employee, but rather they were assessed in light of the broader commercial transaction effected by the business sale contract. A three-year, Queensland-wide non-compete restraint was assessed to be unreasonable, but it was not necessary to reach any conclusion because the parties had agreed to expand the restraint obligation in the settlement agreement from Queensland to Australia.

1. Mr McKay was personally bound by the restraints in the shareholders’ agreement

4. The court also considered section 183 of the Corporations Act 2001 (Cth), but had found Mr McKay had not contravened that section. 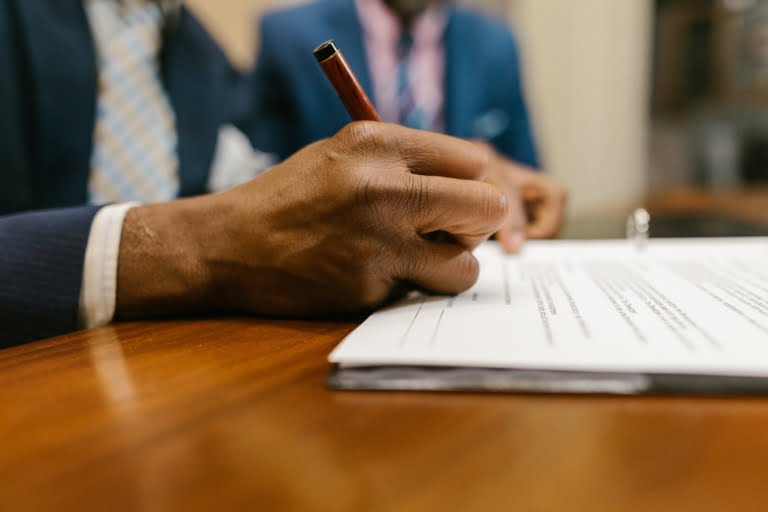 How To Choose The Right Lawyer For Your Startup

Finding the right lawyer for your startup that meets your need can be hard. This article explains five things you should consider when choosing a startup lawyer.

How to Raise Capital For A Startup

Having a scalable business model is the key feature of a startup, and scaling up sucks cash. That is why raising capital becomes a common key activity for startup founders.